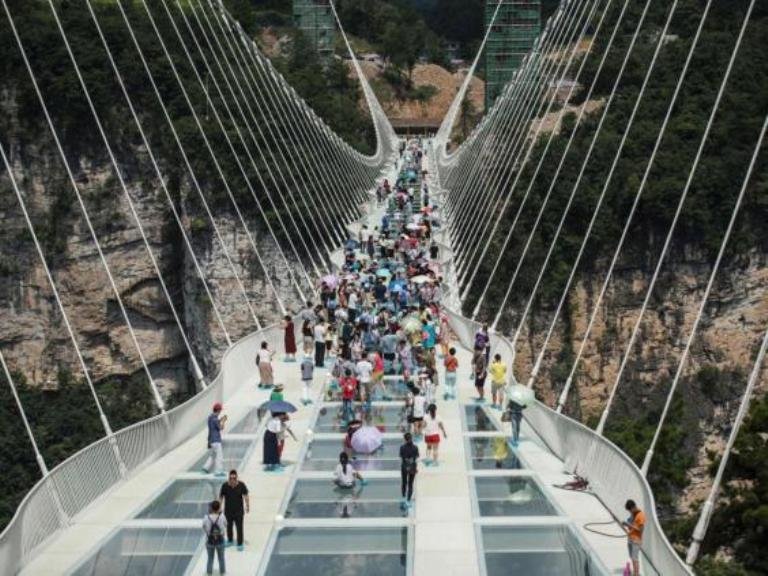 Walking in the clouds on a transparent walkway: it happens in China where the longest glass bridge in the world has been opened . The structure overlooks a canyon over 230 meters deep (equal to a 66-storey skyscraper) and, to make matters worse, it is equipped with a system that allows it to oscillate. The spectacular bridge was inaugurated at Christmas, it is 488 meters long, connects two spurs of the Hongyagu Scenic Area and is composed of 1077 glass plates . 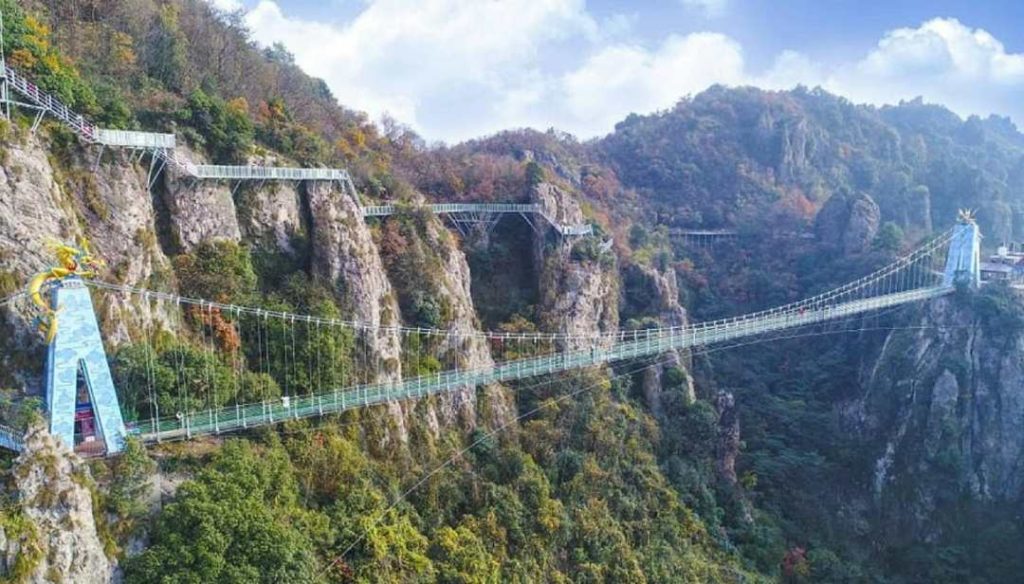 The catwalk is located in Hebei province , it was designed to swing and is a real challenge, even for the most fearless. Not looking down, on the other hand, is really impossible, but above all it is particularly difficult not to tremble along the glass bridge. Around the landscape is breathtaking, offering a natural spectacle that fascinates visitors. It is located next to another glass walkway that runs along the mountain, equipped with special special effects. In some slabs, in fact, special screens have been installed that create a particular effect , making us believe that the bridge is cracked and that it is about to split at every step.

A cinematic effect that mixes fiction and reality, creating even more suspense when walking on the catwalk. The Hongyagu bridge in China weighs about 70 tons and each glass panel is 1.5 inches thick. According to the specifications disseminated by the creators, the structure can support a maximum of 2 thousand people, but to ensure safety, only 500 visitors can be taken at a time.

The reason? The authorities fear that the structure may end up the glass bridge built on the Zhangjiajie Grand Canyon which was closed last year only 13 days after the opening. The event in fact had attracted too many tourists, who had stormed the bridge, putting their safety at risk .